The City is the place that takes your life away; it slowly steals something from you and you don’t know what is it, exactly, but you know it’s a different feeling compared to – say –  when you live in a place where nature is present and generous and overwhelming and you are cuddled between green, motherly arms. The City is a place for the fucked up souls or, to be more precise, where your soul is swallowed into the gutters and you move around as an orphan of yourself. Well, this is the starting picture, at least when you are stuck in a City and you ask yourself what am I doing here, for God’s sake? Shouldn’t I move somewhere else, where elsewhere is some places other than a crammed ensemble of concrete and pipelines and gases and cars and screaming windows and blind, soulless people? The work of Pedro Rodriguez Garrido (PRG) arrives as a prophetic answer: no, man! You are not going to leave the City because You are the City and you like to live here and you built its squares and buildings and roads and water pipelines and gas pipelines and sewage pipelines and the smooth, beautiful tarmac covering the mud and dirt and the occasional flower as an articulated, superconnected tombstone. You love the City. The City as your living graveyard. That’s epic, that’s beautiful, as all horrible things are. The City is alive with your sense of despair and disgust and self contempt. That’s the epic of living in the City. In this City! That’s the epic beauty of all these wonderful paintings which talk about survival and dumbness and that ability, all too human, to create a world with the secret aim to then be able to hate it. We love PRG and we think his paintings are extraordinary. 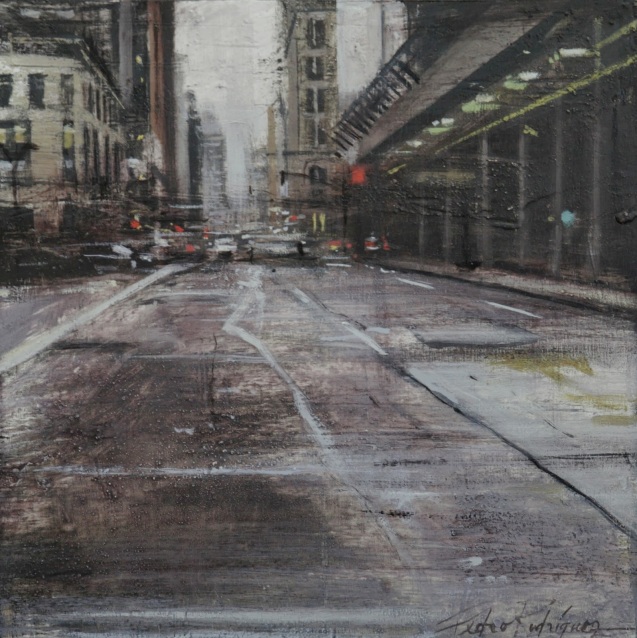 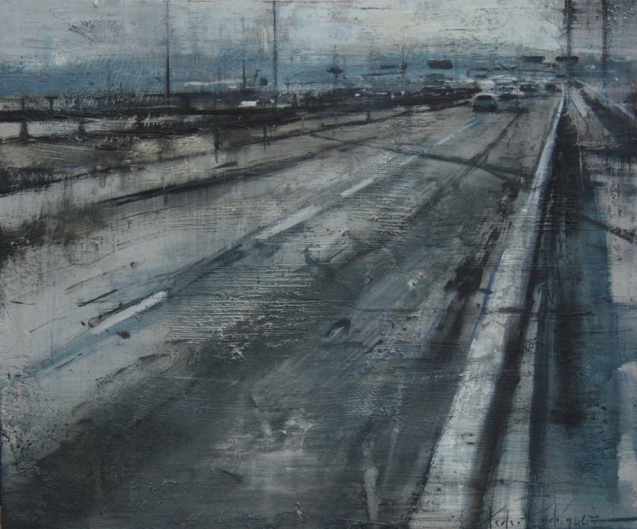